Due to the introduction of rolling subs into the local league for the 2015/16 season, we have had to make some changes to the match forms. 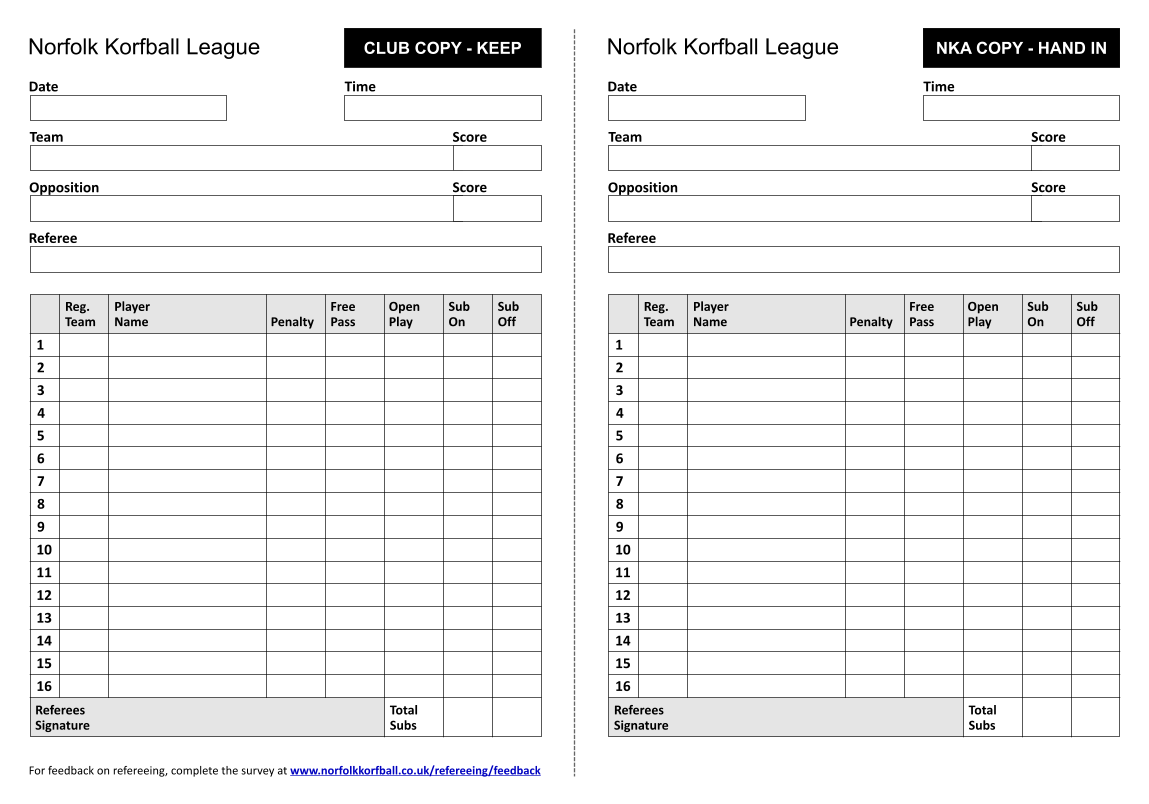 On the form there are columns labelled ‘Sub On’ and ‘Sub Off’ – each time a player is subbed on or off a tally mark must be placed in the box on the same line as the players name.

There can only be a maximum of 8 substitutions/movements, therefore the total tally at the bottom must not add up to more than 8 otherwise the rules have been broken.

The starting 8 players must be entered in rows 1-8 on the form, with substitutes in rows 9-16.

As it is now a requirement of Fixtures Live for Division 1, there is now space to be able to list Penalties, Free Pass goals and Open Play goals seperately on the match form.

Although not a requirement for Divisions 2 and 3, it is recommended clubs try to keep a tally of the three goal types in all their games.